How Ginger Benefits Health – For Treating and Preventing Illness

Ginger is a herbal root/rhizome. It is known for its distinct taste and – around the modern world – for its health benefits.

Today we’ll talk about How Ginger Benefits Health, and the evidence behind it.

This powerful plant originated in Southeast Asia and has been used medicinally for thousands of years. Promising research has demonstrated its potential, both to prevent and treat illness, and has identified several of its beneficial components.

Ginger has been studied for many years for its benefits and applications in improving digestive health.

In ways, this is due to ginger’s potent anti-inflammatory and antioxidant effects. Let’s explore just some of the way it can prevent and treat specific digestive problems.

These are a common problem in many societies and can cause pain, digestive complications, and possibly cause harm in ways such as bleeding. Common causes of gastric ulcers include the use of NSAIDs such as Ibuprofen and Aspirin and infection from the bacteria Helicobacter Pylori (H. Pylori).

Several studies support ginger’s potential in preventing and treating gastric ulcers from many causes. Study reviews such as these two 1,2 accurately present information on ginger’s gastroprotective properties from multiple research sources. Ginger can ward of ulcer formation and protect our gastrointestinal system – keeping it healthy!

One study from India3 presents that specific medicinal components of ginger may reduce the activity of acid producing enzymes and inhibit the growth of H. Pylori. The study states its effectiveness to be 6 to 8 times higher than lansoprazole (a common medication).

Our second way how ginger benefits health is by combating indigestion. Ginger may increase the rate of gastric emptying and therefore ease the symptoms and encourage healthy bowel movements.

One study4 found that after an 8-hour fast, patients who consumed 1.2g ginger (in capsule form) had up to a 4-minute reduction in the time required for half-emptying of of the stomach!

This study found no effect of ginger on digestive hormones, but importantly, another conducted in Japan5 showed that in mice this effect was observed with the administration of shogaol or gingerol. These are two oils found in ginger that we will discuss later.

Furthermore, another review of literature7 supports this information.

Medicinal Uses of Gingerol And Shogaol

These are natural oils present in fresh ginger. The beneficial properties of ginger are in large part thought to be due to the activities of these oils.

They are highly anti-inflammatory and antioxidative.

Gingerol is related to capsaicin (found in chilli peppers) and piperine (found in black pepper), which explains ginger’s unique spicy flavour. Shogaol is similar to – and is formed from – gingerol but is only found in the dried or cooked rhizome.

The names of both of these components come from the English and Japanese names for ginger, and the suffix -ol (meaning phenol), respectively.

During the current period of Spring, our immune systems may be more susceptible to infection.

Unfortunately, this is when most people start reaching for antihistamines. What most people aren’t aware of, is that these are often inefficient8 in treating colds and flues. The common side effects associated with such and other medicines may include headaches and sleep difficulty in some people.

Fortunately, there are many natural remedies that are often more effective without the same chance of side effects. Ginger is one such remedy, and you’ll possibly prevent illness in the first place by incorporating it into your daily routine, juices, teas, or meals (etc.).

Gingerol and Shogaol have antiviral and antibacterial properties. These help to kill rhinoviruses which cause the common cold.

For this reason, ginger may be an effective booster for the immune system. Naturally, this can increase the body’s ability to fight off infection by ensuring healthier functioning.

Multiple other infections exhibit similar symptoms to the common cold. And, as such are often mistaken for it. The antiviral effects of gingerol may be effective at treating these too.

Human Orthopneumovirus (previously called Human Respiratory Syncytial Virus) Is A Virus That Can Cause Minor and Major Complications.

Coughing and sneezing spread this more than anything. It is caught through the eyes, nose, or mouth. This virus is common, and is often mistaken for a bad cold. Most of the time, a full recovery takes 1 to 2 weeks.

However, it is the most common cause of pneumonia and can cause bronchiolitis in children and Infants.

The symptoms can include wheezing, coughing, fever, sneezing, runny nose, sore throat, and even skin taking on a blue hue (cyanosis).

Fresh ginger was demonstrated in this study9 conducted in Taiwan to have considerable antiviral effects against plaques caused by this virus. The stimulation of cytokines, which are proteins required for cell signalling, is the main reason for this.

Interestingly, dried ginger did not show the same medicinal effect, which could indicate that in this case gingerol may exert medicinal significance, whilst shogaol might not.

Studies11 have found that ginger’s anti-oxidants and phytochemicals show potential in treating Alzheimer’s disease. This is demonstrated as four types of shogaol found in dried ginger can protect nerve cells12.

The antioxidants found in ginger are also key in its ability to combat this illness. According to increasing research14, Alzheimer’s is heavily influenced by oxidative stress. This is caused by free radicals which can damage DNA, lipids (fats), and proteins – all of which are essential building blocks of a healthy body and brain.

Antioxidants in ginger may prevent the onset of Alzheimer’s and may reduce its severity because it prevents and eliminates free radicals.

Neurons are often damaged by oxidation in Alzheimer’s, and according to a study conducted in South Korea15, gingerol exhibits attenuative effects on this.
Ginger may also be beneficial in other neurodegenerative conditions such as dementia.

After intense physical exercise, our muscles need time to repair.

Because of the tears made in our muscles during exercise, our bodies produce healthy inflammation in order to aid the repair process and encourage blood flow to the area.

This is also what causes soreness and pain after exercise. Gingerol, shogaol, and other phytochemicals found in ginger may alleviate excess inflammation and therefore muscle pain (supporting research review16).

Furthermore, the anti-inflammatory active ginger extract could possibly reduce the pain present in osteoarthritis (OA). A six-week study17 determined that ginger extract moderately reduced pain in those with OA of the knee after walking and whilst standing.

Another international and multi-departmental study concluded with similar results of moderate pain reduction after the oral intake of ginger. Both of these studies found ginger to be reasonably safe with any side effects in some patients being mild.

However, possibly due to a lack of regulation in ginger for osteoarthritis treatment (and thus different kinds of ginger being used), there is also conflicting research (such as this study18, which only showed improvement in early stages of treatment with the cross-over of ibuprofen).

Overview of How Ginger Benefits Health

Ginger root and its extracts may be used in the prevention and treatment of multiple kinds of illness. These include digestive complications and many of those caused by oxidative stress and inflammation (such as Alzheimer’s and common virus infections).

To fully explore how ginger benefits health there would be a lot more to cover. Rather, here we have an outline of some of its main uses.

Other medicinal ways in which ginger’s applications are being researched include:

And much more… These medicinal applications have shown promising effects in some studies, and we will be sure to explore these further in the future.

For most people it is great dietary addition! It works wonderfully in Asian and Oriental cuisine (I even mentioned pickled ginger in my list of Healthy Food From Japan). Many enjoy using it to making juices, smoothies, and herbal teas such as Chai and ginger tea. In fact, I hope to share my favourite ginger tea recipe that I use in a post! So, keep an eye out if you’re interested 🙂

That’s it for this post everyone, I really enjoyed writing this article. The research about how ginger benefits health is very interesting and if you have time I recommend looking through some of the studies!

Please let me know what you thought of this article and if you enjoyed it. Do you enjoy ginger or use it often? If so, what are your favourite recipes?

If you have any comments, suggestions, or questions I’d love to hear them too in the comments below!

Anyway all, have a great day!

Until the next one, stay healthy

Before using ginger medicinally or in high doses (just as with making any other major dietary changes), always consult a healthcare and medical professional first. The information on this website should not be used as a substitute for medical advice and at Healthy Ronin recently we wish to educate about healthy changes and discuss interesting topics about the beneficial roles that a healthy diet and proper nutrition may play in creating and maintaining good health.

5 Chapter 7The Amazing and Mighty Ginger

6 Is ginger beneficial for nausea and vomiting? An update of the literature.

7 WITHDRAWN: Antihistamines for the common cold.

17 Effects of a ginger extract on knee pain in patients with osteoarthritis. Altman RD, Marcussen KC. 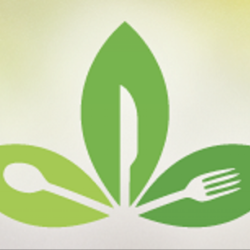 Follow me:
James
Blogger at Healthy Ronin
I'm James - proud founder and primary author here at Healthy Ronin, and your guide! Together, let's explore the fascinating world of cuisine, nutrition, and discover how to enjoy real food as nature intended. 🙂

Follow me:
Latest posts by James (see all)
Enjoyed your read? Help others learn with you:

Follow me:
James
Blogger at Healthy Ronin
I'm James - proud founder and primary author here at Healthy Ronin, and your guide! Together, let's explore the fascinating world of cuisine, nutrition, and discover how to enjoy real food as nature intended. :)

This website uses cookies to improve your experience while you navigate through the website. Out of these, the cookies that are categorized as necessary are stored on your browser as they are essential for the working of basic functionalities of the website. We also use third-party cookies that help us analyze and understand how you use this website. These cookies will be stored in your browser only with your consent. You also have the option to opt-out of these cookies. But opting out of some of these cookies may affect your browsing experience.
Necessary Always Enabled

Any cookies that may not be particularly necessary for the website to function and is used specifically to collect user personal data via analytics, ads, other embedded contents are termed as non-necessary cookies. It is mandatory to procure user consent prior to running these cookies on your website.